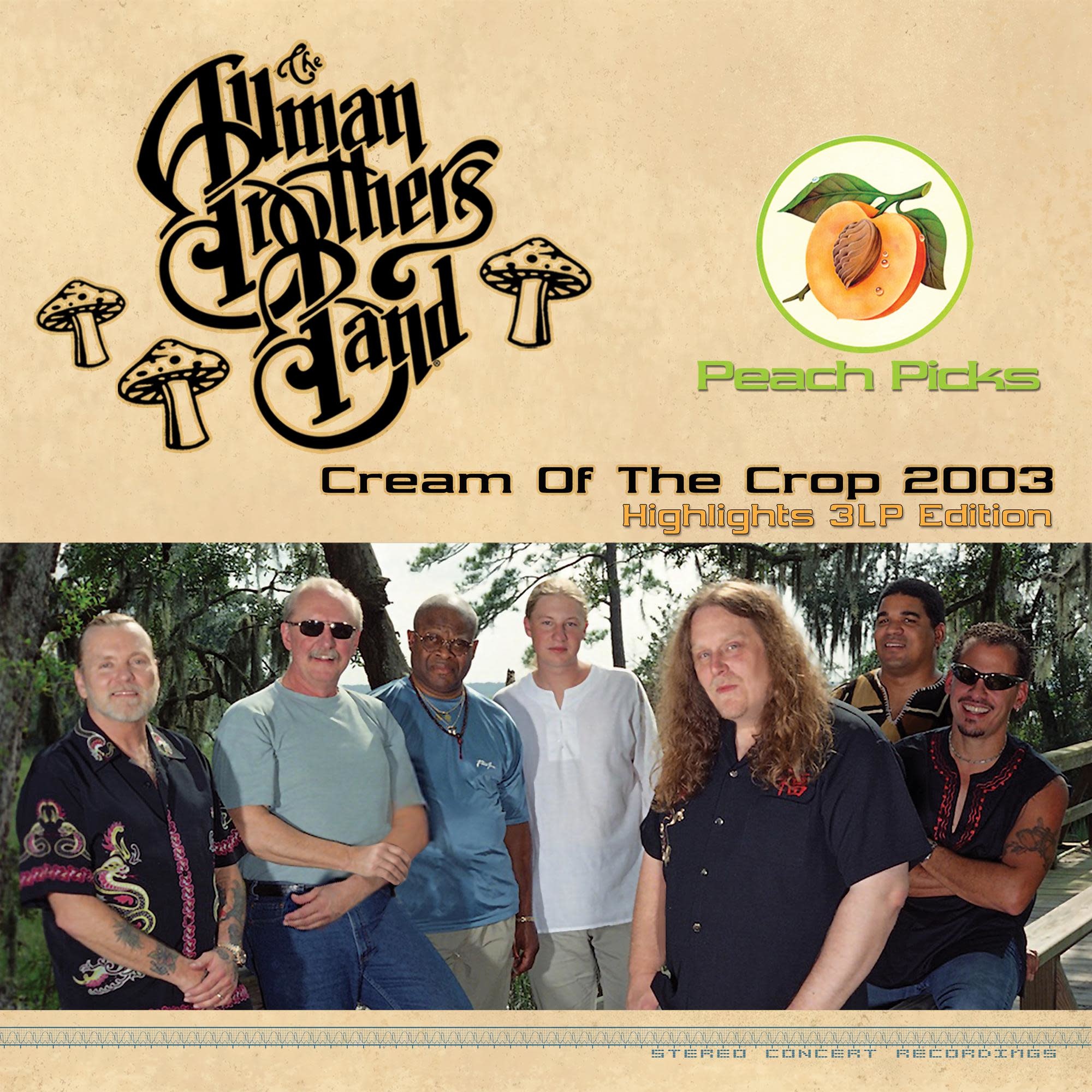 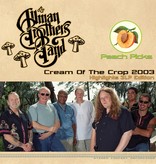 2003 Live Allman Brothers Band Concert Compilation, Peach Picks, The Cream of the Crop, a collection of the best performances culled from six shows in July and August 2003 via the band’s Peach Records. The collection includes 36 tracks recorded between July 25 and August 10, 2003 in Indianapolis, Pittsburgh, Darien Center, NY, Hartford, Charlotte and Raleigh, with no song repeated.

Recorded for the then-nascent “Instant Live” CD series (fans picked up copies of the concert immediately after the show as they were being burned on CD), these shows capture the group at full throttle. For this collection, Warren Haynes serves as Supervising Producer, longtime manager Bert Holman as Executive Producer, with Bill Levenson and John Lynskey as Associate Producers.