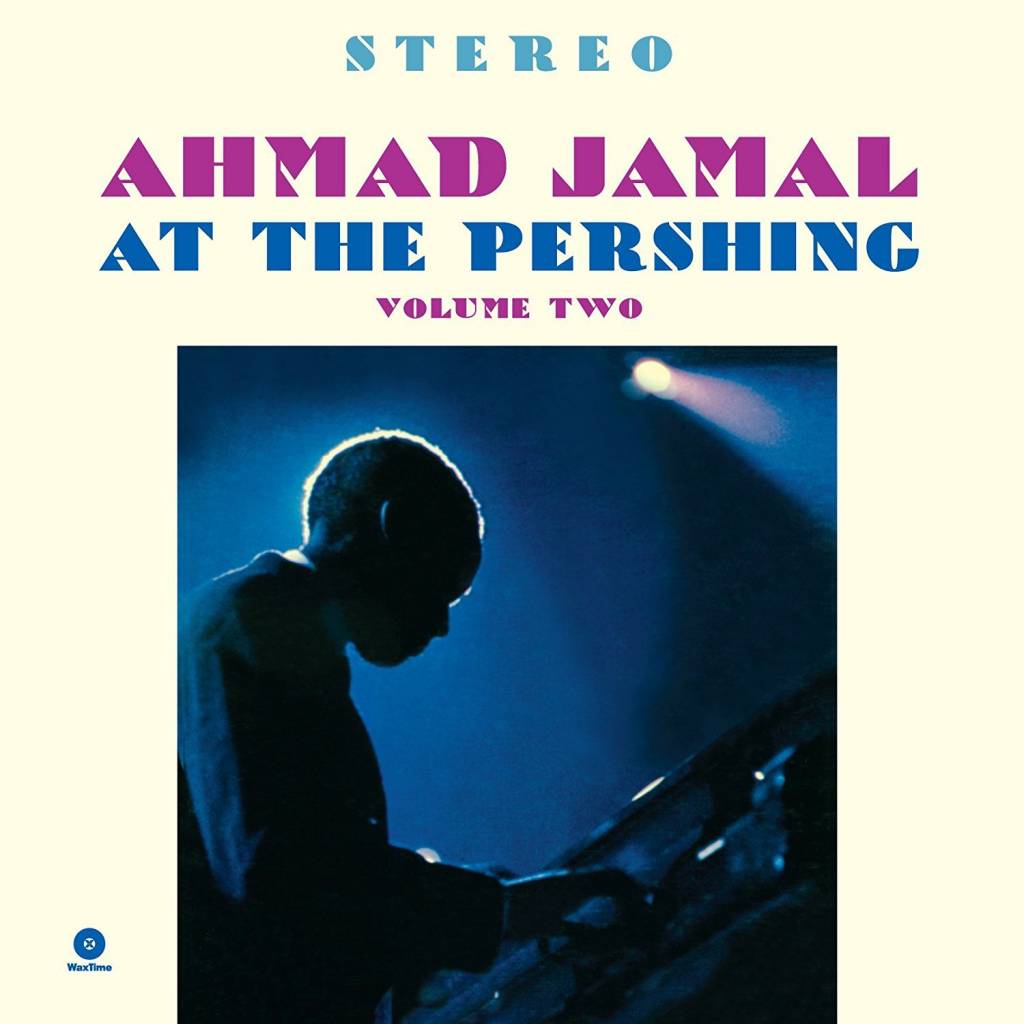 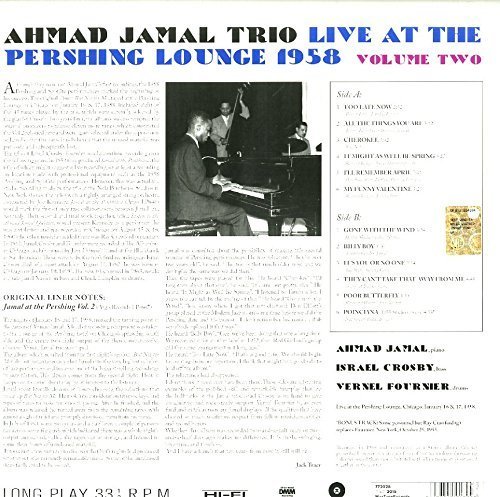 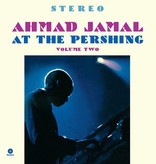 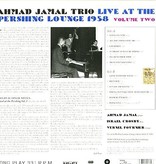 Although they were not Ahmad Jamal's first recordings, the 1958 Pershing and Spotlite performances marked the beginning of his success. The original album But Not for Me, taped at the Pershing Lounge in Chicago on January 16 & 17, 1958, included eight of the 43 tunes played by the trio, which were carefully selected by the pianist himself. Two years later, the album's success tempted the original producers to release eleven more tunes, which constituted the Vol. 2 reissued here and were again selected under the supervision of Jamal's attentive ears. It is believed that the unused material was put aside and subsequently lost.